This next slot is based upon an extremely popular tv gameshow that most families switched over to on a Saturday night. Well now, thanks to Big Time Gaming you can relive the fun of the gameshow right from your phone or laptop. Who Wants to be a Millionaire Megaways is sure to be a hit with people who know the show and maybe some of you who don’t! It’s time to phone a friend or go 50/50, but whatever you choose make sure you know the answer. 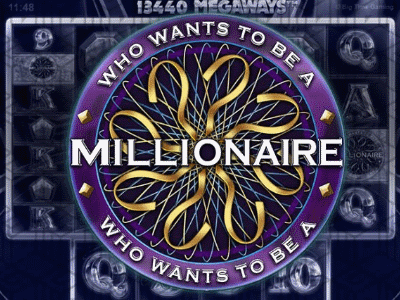 Play Who Wants to be a Millionaire Megaways on any of these top casino sites;

Who Wants to be a Millionaire Megaways is a 6-reel, 117,469 ways to win slot offering a 96.24% RTP to players. The reels spin transparently and are nestled inside the Who Wants to be a Millionaire studio. There is an extra row of symbols attached to the bottom of the reels that spans across reels 2, 3, 4 and 5. This helps create the megaways wins and extends the win lines up to the whopping 117,469 that are on offer! Symbols include gemstones, the game logo and card symbols, and even those famous lifeline symbols make an appearance during the feature too. High value symbols include a diamond, ruby, sapphire and emerald gemstones. Low value symbols are the A, K, Q, J, 10 and 9 all designed to look like gemstones too. It wouldn’t be a millionaire themed game if you didn’t have that epic soundtrack playing along whilst the reels spin.

Bet Amounts – Betting begins at just 20p per spin and can be increased up to only £10 per spin. This makes Who Wants to be a Millionaire Megaways one of the more affordable games online. Also, one of the best value slots, when you consider the amount of potential win lines you are playing with on each spin. To adjust your bet, use the green arrows below the bet amount to adjust it up or down accordingly then just hit spin to get playing.

Wild Symbol – A question mark on top of a multicoloured circle is your wild symbol on Who Wants to be a Millionaire Megaways. It will substitute for all other symbols except the scatter.

Scatter Symbol – The scatter symbol is the games logo and it can land on any reel in the game. Land three or more scatter symbols anywhere in view to trigger the bonus spins feature.

Megaways Cascade Feature – Megaways wins work differently to your standard pay line structure. You will see at the top of the screen the amount of pay lines in play with each spin and this changes every time. Wins are formed from left to right and symbols need to be on adjacent reels. Cascading reels are also in play here which means every time a win is formed those symbols are removed from the reels and new ones drop into their position. If the new symbols create another win the cascade will continue until no new wins are formed. The megaways is active on each cascade also, meaning your pay lines will change with every new cascade. This is a great feature to have in a slot, but when paired with the megaways it’s a double win for the player! 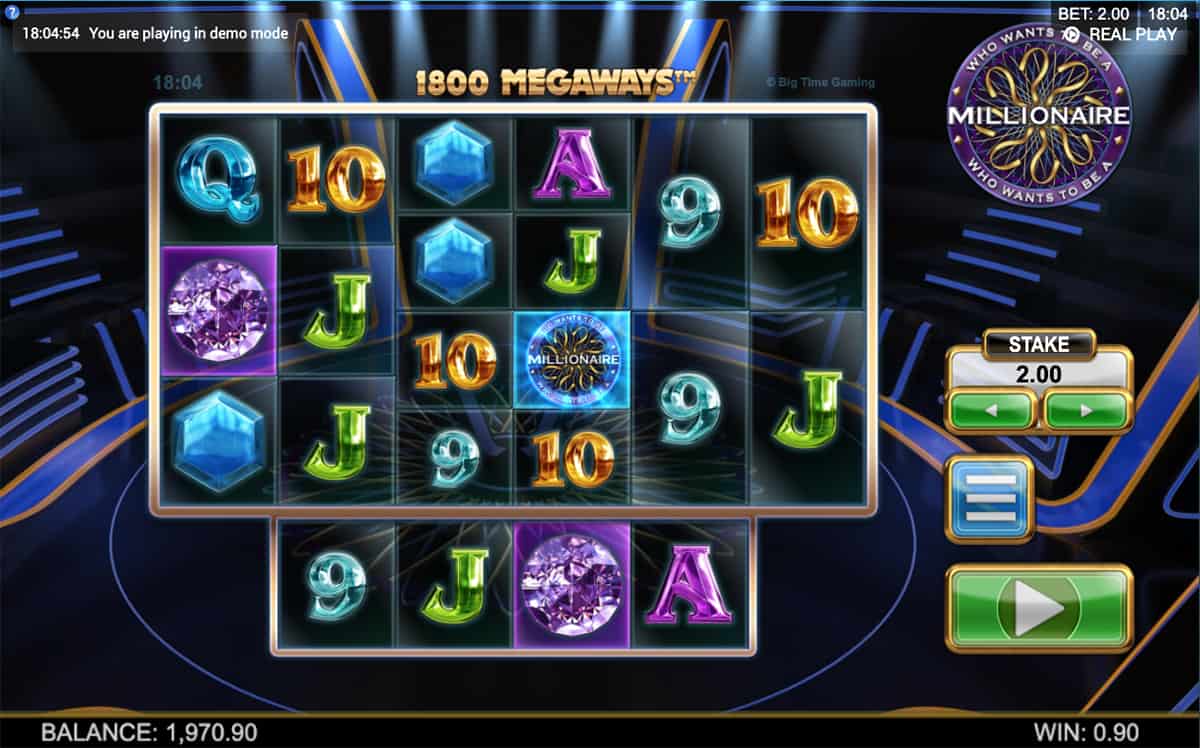 Hot Seat Spins Feature – It’s not a game of Who Wants to be a Millionaire if you don’t get a chance to go in the hot seat. To trigger the feature, you need to land three or more of the logo scatter symbol anywhere in view. Once this has been done you will be allocated with 8 bonus spins initially and taken to a new screen.

Here you will see the hot seat ladder but instead of monetary winnings like in the game show, there are extra spins up for grabs. You will be asked to choose from one of the four selections on the screen and if you choose the correct answer you move up the ladder gaining extra spins. As in the real who wants to be a millionaire, you will be awarded the three lifelines. Phone a friend, ask the audience and of course 50/50. You can use these lifelines to help boost you up the free spins ladder and in turn gain yourself more spins for the actual round. The spins gamble ladder ends once you hit an incorrect answer and whatever spins you have won up to this point will now be awarded to you to play through.

Who Wants to be a Millionaire Megaways seems complex on paper, but once you begin to play through the game it becomes easier to understand? The hot seat bonus feature is amazing and gives you a taste of how the original gameshow plays out. With lots of extra spins and of course those amazing win multipliers, there is huge potential for big wins in the bonus round. Main game wins happen frequently and are a healthy mix of small and big pay outs. This is good news for players as the hot seat feature can take some time to trigger. Overall Big Time Gaming have done an amazing job taking this tv gameshow and making it mobile. Both fans of the show and complete newcomers will find things to love about Who Wants to be a Millionaire Megaways and we are sure you will too.