Fairy tales make for some of the more interesting slot games around, and Blueprint Gaming have merged more than just one into this slot. Be prepared to meet Puss in Boots, Pinocchio, Rapunzel and of course the Fairy Godmother, as we all Wish Upon a Jackpot. But be warned, when you wander into the woods all is not as it seems! Actually, we are fibbing it’s not that bad and there are lots of features to enjoy so we can’t complain. 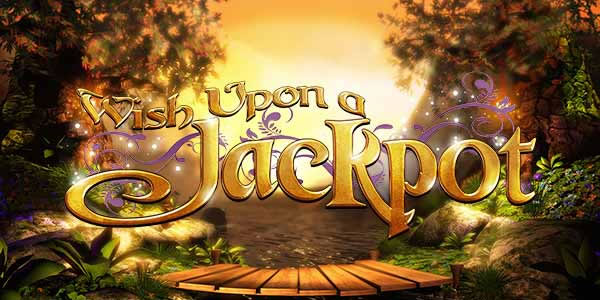 Play Wish Upon a Jackpot on any of these top casino sites;

Wish Upon a Jackpot is a 5-reel, 20 fixed pay line slot, offering a wand waving RTP of 92.46% to 95.26%. With a relaxing animal sounds backing track, the reels spin transparently against a woodland backdrop. Symbols are a variety of fairy tale themed icons, combined with the usual card denominations. Higher value symbols are Wish Upon a Jackpot logo, a golden harp, Cinderella’s slipper and a castle. Lower values are the A, K, Q, J and 10 designed with a fairy tale twist to the lettering.

Bet Amounts – Betting begins at 20p per spin and can be adjusted up to just £10 per spin, putting Wish Upon a Jackpot in the lower stake group of games. You will see the bet amount in the large circle at the left of the reels. To change the bet, use the arrows above and below until you reach your desired amount.

Wild Symbol – The frog prince is your wild symbol on Wish Upon a Jackpot and he will substitute for all others except the scatter. He is also your highest paying symbol in the game, offering up to a huge x500 coin win for landing 5 in a winning combination.

Scatter Symbol – As you would expect from a fairy tale themed slot, the scatter symbol is a storybook. Land three or more of the storybook symbols on reels 1, 3 and 5 to trigger the bonus round.

Fairy Godmother Feature – No fairy tale is complete without a fairy godmother floating around somewhere. So, in Wish Upon a Jackpot you may well see your fairy godmother floating onto the reels at any point in the game. She will magic up three purple orbs of which you will need to choose just one. Inside will be one of the fairy godmothers bonus features for you to activate. But not before your line win is awarded first. Any further wins will be re-evaluated once the chosen feature has played out. 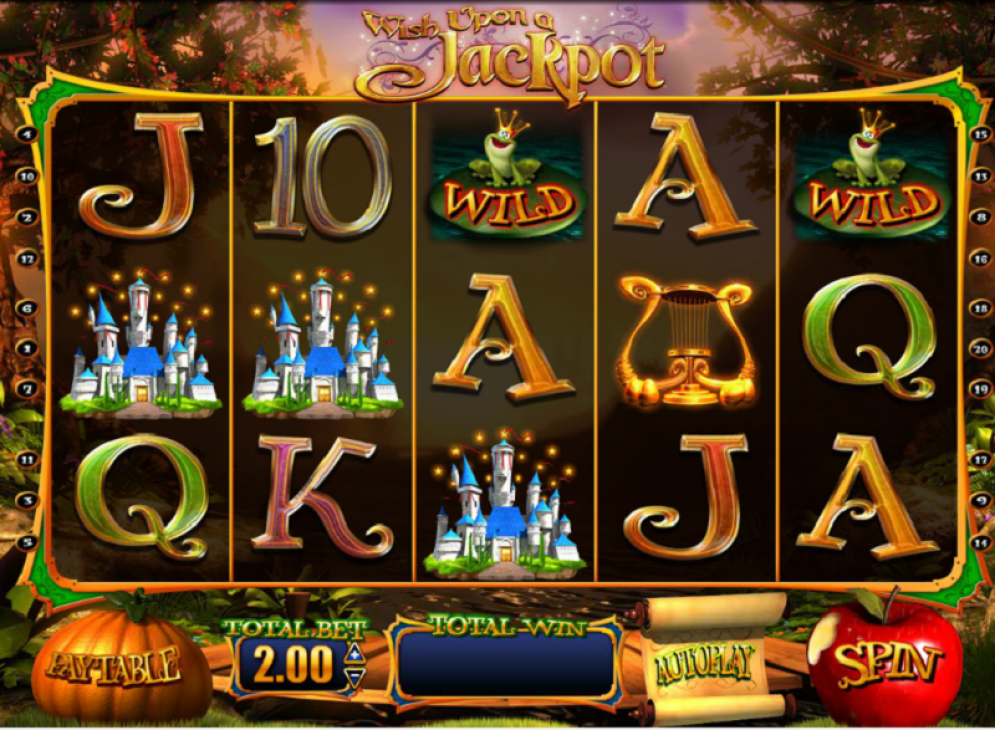 Book Bonus Feature – Get yourself three or more of the storybook symbols on reels 1, 3 and 5 to trigger this feature on Wish Upon a Jackpot. You will now have to choose which of these book symbols you want, as it will have one of the four feature games inside it.

If you are a fairy tale lover or not, this game has something for everyone. Wish Upon a Jackpot is an exceptionally well thought out slot, filled with plots, plenty of wins and lots of features. That’s before we get started on the character animations bringing the fairy tales back to life for a brief moment in time. Blueprint Gaming have excelled themselves with this slot, making sure there is a lot going on and plenty of way to win too. Fairy Godmother floats on and off the reels quite frequently, bringing you plenty of mini features during the main game, which is fantastic. However, the storybook bonus is a little harder to get hold of, but with the bet amounts being as low as they are, we were able to sustain the wait.

November 12, 2018 Boku Slots Comments Off on Forgotten Land of Lemuria