If you love pandas then you are defiantly going to want to check out this next slot. IGT created the stunning 100 Pandas and though it only has one feature to speak of, it’s still proving very popular with game players. Time will tell as to whether it will gain as much of a following as IGT’s other game of a similar title, but for now we can certainly say it has an appeal to it that we can’t resist. 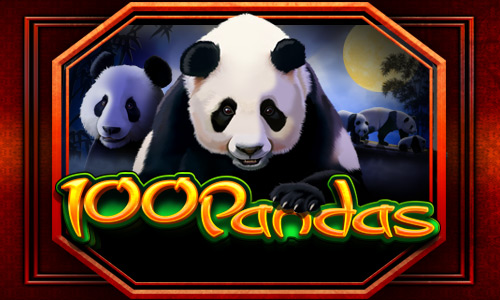 Play 100 Pandas on any of these top casino sites;

100 Pandas is a 5-reel and up to 100 pay line game that has an RTP of 96.53% applied. Set against a lush backdrop of green bamboo, it has a Chinese tinny soundtrack playing away as the reels spin. Symbols are all taken from Chinese culture and typography include pandas, lotus leaves, bamboo and Chinese styled card values too.

Bet Amounts – Betting on 100 Pandas begins at £1 per line in play and can be increased up to the maximum of £50 per line in play. This means spins can vary from just £1 per spin up to a monstrous £5,000 per spin! We don’t advise anyone to play at the higher stake end of the scale, as it is not sustainable; unless you have plenty of cash to spend. Also, be sure you are happy with your stake amount and balance before hitting spin. Ensure you have adjusted your active lines before amending your stake, otherwise you may end up betting more than you originally planned. 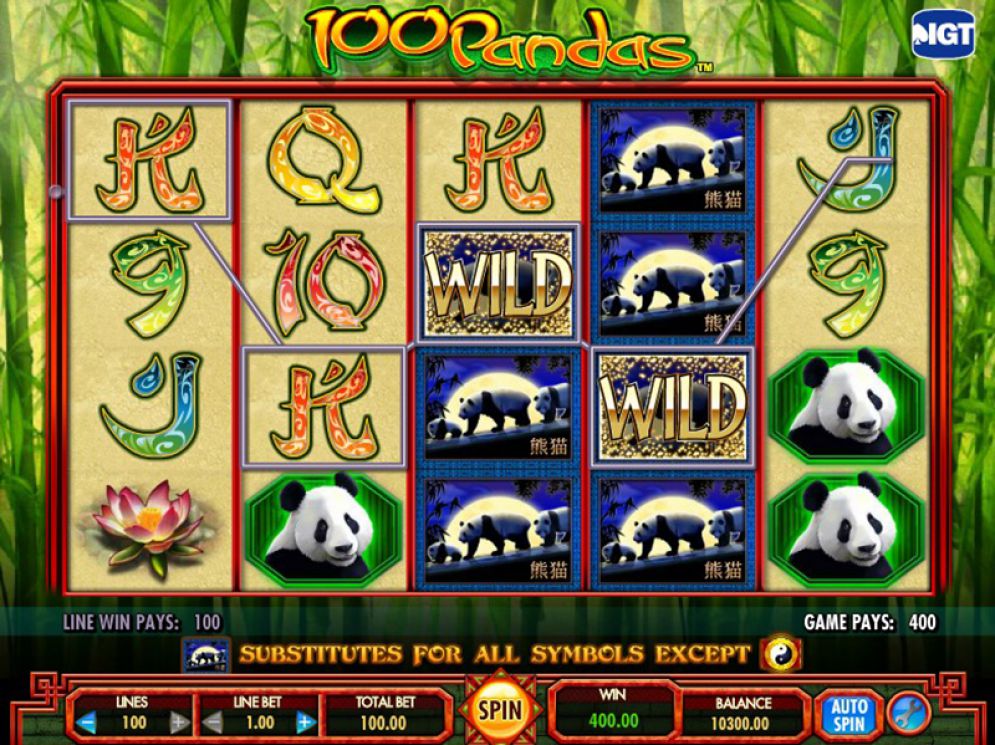 Wild Symbol – Your wild symbol is a group of pandas against a blue sky, they will substitute for all other symbols except the scatter. They are also your highest paying symbol on 100 Pandas offering a whopping x1000 coin win for landing 5 in a winning combination.

Scatter Symbol – A yin yang sign is your scatter symbol and landing 3 of these on reels 2, 3 and 4 will trigger the bonus for you. Not only that but you will receive a multiplier with this as well, just to give you that little something extra.

Bonus Spins Feature – There is only one feature within 100 Pandas, but it is certainly a good one. Land 3 of the scatter symbols on reels 2, 3 and 4 to trigger the bonus spins round. You will be awarded with 10 spins and a nifty x2 multiplier for all wins within the round. Your symbols all take on a purple hue within the bonus and your wild is still active here also. Land 3 more scatter symbols to be allocated 10 additional spins.

Despite only having one playable feature 100 Pandas is still a really enjoyable game. IGT has excelled themselves in that respect, but obviously for the more die-hard slot fans this is probably not the one for you. For those who like the simpler games this is right up your street. The music in the background got a bit much after a while, but that was easily rectified by turning it off.