Roll up, roll up, roll up, ladies and gentlemen prepare to be amazed. Blueprint Gaming have created a magical show filled with wonderment and treasures just for you! Whether you believe in the world of magic or not, we are sure that you will be amazed with the one, the only Magic Ian? Now, we know what you are thinking, Ian, not really a name you would connect with magical powers is it, give him a chance though he may surprise you! 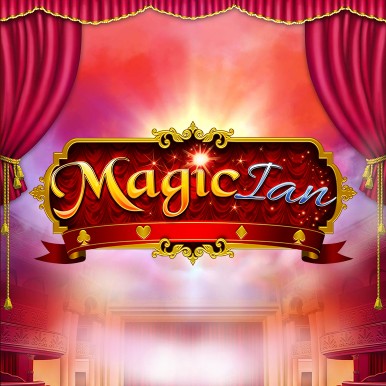 Play Magic Ian on any of these top casino sites;

Magic Ian is a 5-reel slot with up to 50 pay lines in play and an RTP of 95.68% just for ticket holders to this wonderful show. Don’t be out off by his looks, Magic Ian has a lot to offer including expanding reels, lots of features and some very unexciting music which we will be honest you may want to turn off.

Bet Amounts – Betting begins at 25p per spin and can be increased to a maximum of £125 per spin should you wish. In order to amend your bet before each spin, you will need to go to the symbol that looks like a bank note. Then just select your stake and you can now carry on playing at that level.

Wild Symbol – A white rabbit is your wild symbol and it will substitute for all others except the scatter. It also doubles up as one of the 2 highest paying symbols in the game. It offers a x400 coin win for landing x5 on a winning pay line.

Scatter Symbol – The Magic Ian logo is your scatter symbol and landing three or more of these on reels 2, 3 and 4 will trigger the bonus feature. This is also your other highest paying symbol alongside the wild. It too will pay out a x400 coin win for landing x5 on a winning pay line.

Magic Ian Bonus Feature – Where do we begin with this feature? It is packed full of things to blow you away and all you need to do to trigger it is land 3 scatters on reels 2, 3 and 4; easy really! The first thing you will see on the new screen is cards and a wheel of fortune. You will now choose as many cards as you can until you reveal one that says spin. Each card will add a feature to the wheel and once you find ‘spin the wheel’ will spin away until it lands on one of the features you added. This could be any of the following: 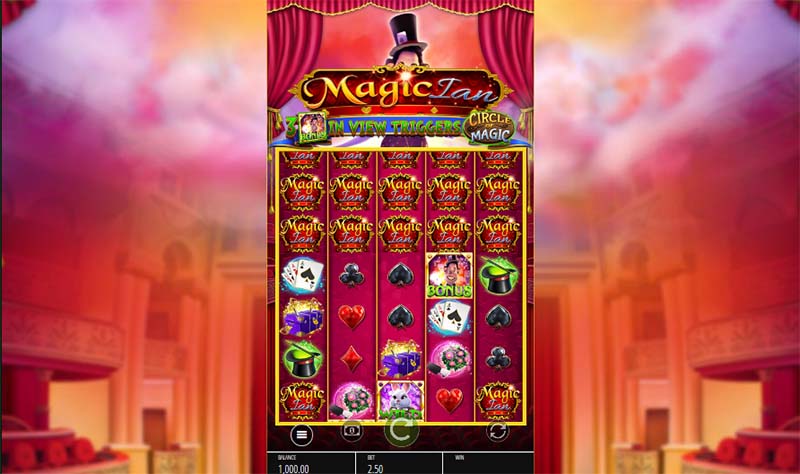 Magic Ian Modifier Features – Any of the below features can occur at random within the main game. So, keep a watchful eye on Ian as he is full of rewarding surprises for you, such as:

Whilst most of you may roll your eyes at the thought of a magician, you may want to take a closer look. Magic Ian is bursting with extras that are all aimed at helping you win. Now the bonus game is a little harder to trigger. But, during the base game there are 10 random mini features that do occur more often than you would think. If that isn’t enough to have your interest piqued, we don’t know what will! The one downside is the very odd backing sounds and music, we had to switch it off as the laugh we kept hearing was a bit too much for us. Other than that, we can safely say we are converted to magic lovers.

May 9, 2018 Boku Slots Comments Off on Bikini Party