Let’s take a little trip back to the 14th century far eastern orient. Boku Slots wasn’t very overwhelmed the last time we were here, so shall we see what has changed? Microgaming has revisited and reinvented 108 Heroes to bring you 108 Heroes Multiplier Fortunes. Was it worth the time, will it play out better than its predecessor? Join us as we find out whether the trip back in time was a worthy one. 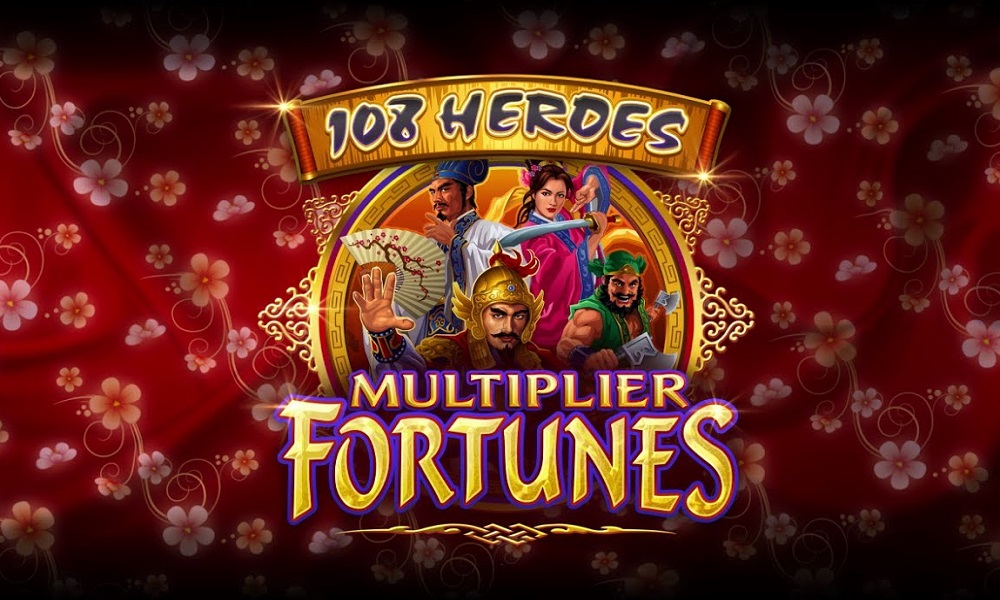 Play 108 Heroes Multiplier Fortunes on any of these top casino sites;

108 Heroes Multiplier Fortunes is a 3-reel, 9 fixed pay line slot offering an RTP of 96.15% for players. Already we are seeing some issues here compared to the original, but we will press on. The game is set against the same background as before and has the same icons making up the symbols. These as you may remember are samurai fighters from Chinese mythology, so they haven’t strayed too far from the original.

Bet Amounts – Betting on 108 Heroes Multiplier Fortunes begins at 15p per spin and can be increased to a huge £150 per spin. This can be amended by increasing or decreasing the coin level and coin value, by hitting the word bet and adjusting the sliding scale accordingly. 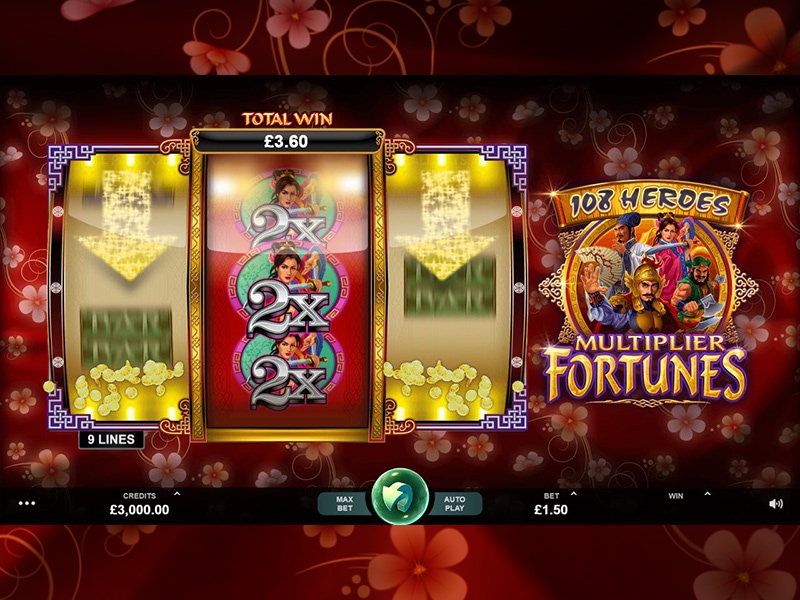 Scatter Symbols – Within 108 Heroes Multiplier Fortunes there are no scatter symbols. This does not mean you don’t get any bonus spins however, they are won via the multiplier wild feature explained below.

Multiplier Wild Feature – Your four wild symbols each have a multiplier on them ranging from x2, x3, x4 and x5. Whilst the x2 multiplier will land on all reels, the x3, x4 and x5 will on land on the central reel.

Wild Respin Feature – The other added feature of the wild multiplier is the respin bonus. Once your wilds have landed and those wins have been added to your balance, the central reel will lock keeping the wild multiplier symbols in place. Reels one and three will then respin once giving way to more wins.

Having played the original game, we were expecting a lot more from its sequel. In some ways we weren’t let down but in others we were. Moving from a 5-reel slot to a 3-reel was a bold move and it works on many levels. The wild multipliers actually trigger quite often and the addition of the bonus respin was a genius idea on Microgaming’s part. However, that’s where the fun ends with 108 Heroes Multiplier Fortunes, because there are no bonus games and no extra spins awarded. To be honest we bored of this quite easily. The upside of it was that because it was quick to play, and the wins were quick to come it makes it a great go to game when you have a few minutes to spare.

April 26, 2018 Boku Slots Comments Off on Elements the Awakening