Cleopatra is one of the most well-known Egyptians in history, and she has been immortalised once more in this latest slot from Pragmatic Play. It’s very cleverly titled Ancient Egypt and includes some colourful designs and a great bonus feature, which is sure to win you over. 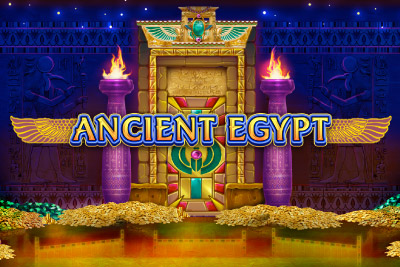 Play Ancient Egypt on any of these top casino sites;

Ancient Egypt is a 5-reel, 10 fixed pay line slot offering all tomb raiders an RTP of 96.13%, which is not too bad all round. Your reels are set inside an Egyptian temple with fires flickering away on either side as the reels spin. In keeping with the Egyptian theme are the symbols that lend from the myths, history and hieroglyphs. Not in keeping with the theme is the backing music playing along with the game which was a bit of a minor point. But overall it doesn’t affect the gameplay and of course if it gets too much you can always switch it off.

Bet Amounts – Betting begins at 10p per spin and can raised up to the maximum of £50 per spin in Ancient Egypt. If you want to amend your bet you need to click on the plus or minus signs on either side of the spin button. This will open up the bet screen and here you have a few choices. You can change the coin level, the coin value or the total bet. Play about with them and see how they change the bet up or down and once you are happy get spinning.

Wild Symbol – A golden scarab is your wild symbol in Ancient Egypt. It will substitute for all other symbols in the game including the scatter. That’s because your wild doubles as your scatter too in this game! 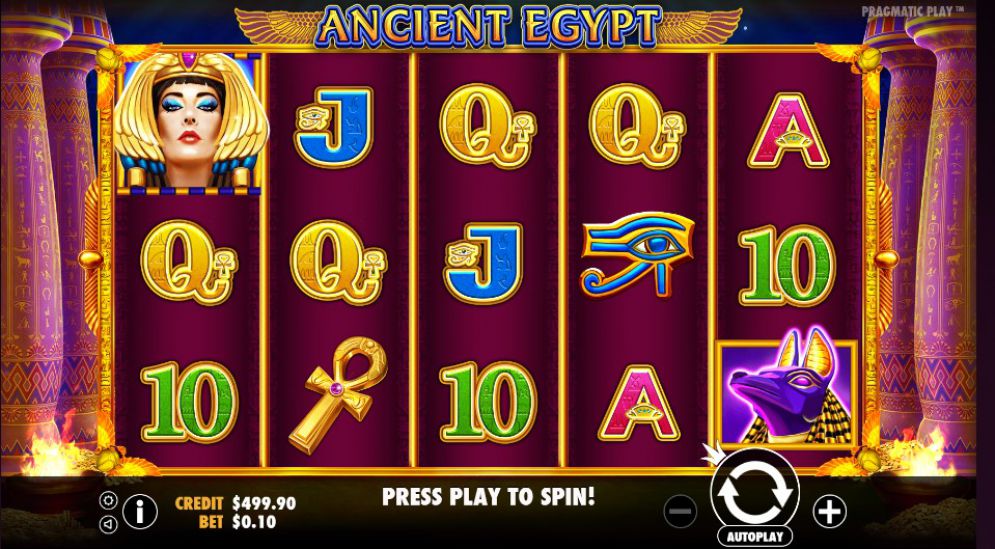 Scatter Symbols – As mentioned above you have a dual purpose wild/scatter symbol and it is a golden scarab beetle. Land three or more of these anywhere on the reels to trigger the bonus feature. Scatter wins are also in play here too, meaning landing 3, 4 or 5 scatters will award an extra win on top of any line win made.

Other Symbols – When your symbols land you will find that the higher values are Cleopatra, Anubis, an ankh and the eye of Ra. Lower value symbols are A, K, Q, J and 10, each one having been transformed into a type of hieroglyph to fit in with the overall theme.

Ancient Egypt Feature – Landing three or more of the scarab wild/scatter symbol will trigger this feature for you. You will be given the choice of three boxes on the next screen, of which you need to pick one. The chest you pick will allocate one of the three following features:

Something we are seeing a lot of recently is a combined wild and scatter symbol. In some games it doesn’t work so well but in Ancient Egypt it really does. More so when you consider the addition of the randomly chosen scatter in the bonus game. Thus, giving you x2 scatter symbols in play, each with their own rewards! As for the feature itself, we loved the pick a box idea at the beginning, its hit or miss each time as to what you will reveal. But once those spins are unearthed there’s a good chance you will retrigger them at least once during the round. Thanks to the quick wins and the fast triggering of the feature, it means that this single feature game doesn’t get dull too quickly.