We hope you have brought your swimsuit and flippers for this next slot, as it’s time to go under the sea. Microgaming have pooled together their vast knowledge of all thing’s sea and slots, to bring you the epic underwater adventure that is Dolphin Quest. But with only one feature to speak of, will this game be sunk before it has time to shine? 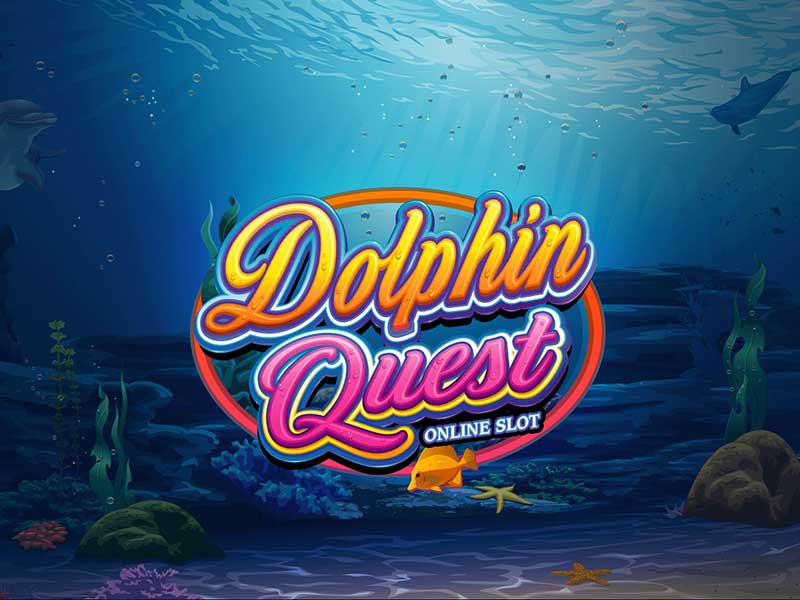 Play Dolphin Quest on any of these top casino sites;

Dolphin Quest is a 5-reel, 50 pay line slot that offers intrepid adventurers an RTP of 96.12%. It is set in an underwater kingdom filled with sea creatures, anemones and more. Your reels float under the sea, with pockets of air bubbles separating the reels and sunlight shining down from above. As the reels spin there is a distinctly Caribbean sounding music playing, making an almost relaxed environment. Higher value symbols include a single dolphin, a dolphin couple, a turtle, an octopus, some stingrays and a fish. Lower value symbols include a pufferfish, some seahorses, a shoal of green fish and a hermit crab.

Bet Amounts – Betting begins here at 1p per line in play and can be increased to £2.50 per line in play. Making spins work out at anything from 1p per spin up to the maximum of £125 per spin. To amend your bet, click on the word bet which will expand upwards, giving you the option to change the lines in play, the cost per line and the coin value too. Once you are happy hit spin and the box will contract back out of the way until you are ready to change your bet again. 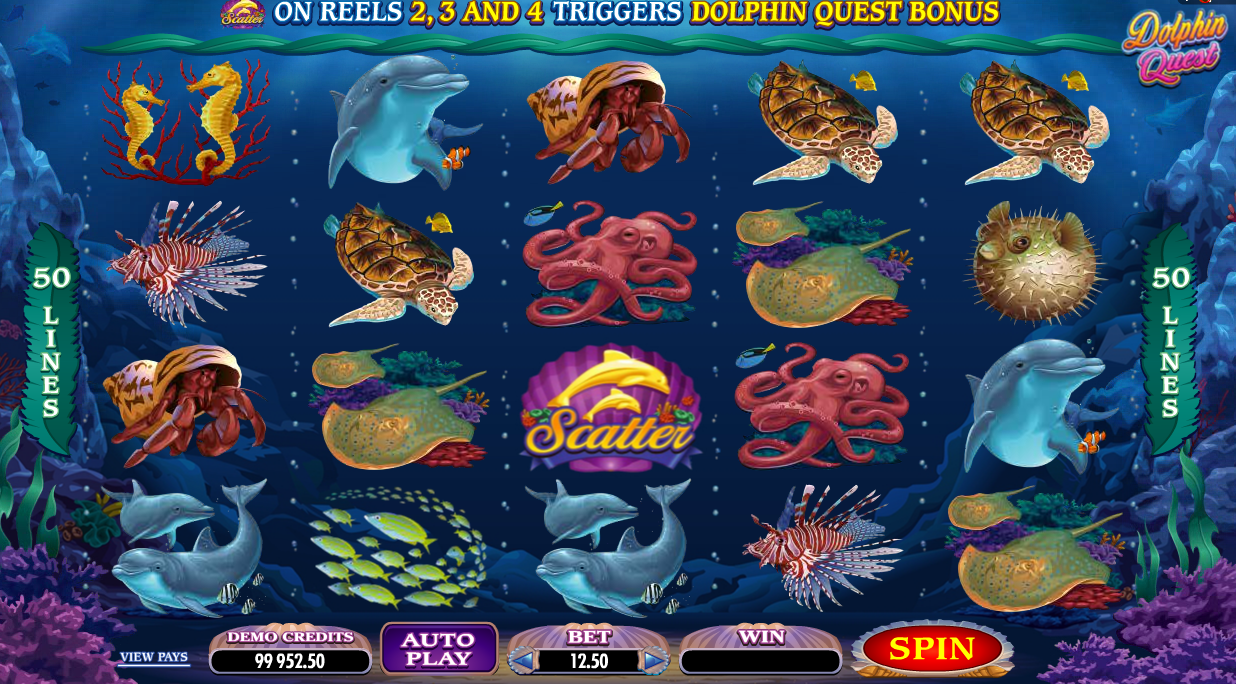 Wild Symbol – Your wild symbol is the Dolphin Quest logo which can appear as a stacked wild at any point. It will substitute for all other symbols except the scatter and is also the highest paying symbol too. Landing x5 wilds on an active pay line will award a x50 your bet amount as a prize.

Scatter Symbol – A gold dolphin on a purple clam shell is your scatter symbol. It will only land on reels 2, 3 and 4 but it also acts as a wild symbol too. It will substitute for all other symbols except the logo wild. Land three or more of the gold dolphin scatter on reels 2, 3 and/or 4 to trigger the bonus feature.

Dolphin Quest Feature – To trigger this you will have landed three or more scatter symbols. It is a short but sweet feature that offers players something a little different. Once you trigger it you will be taken to a new set of reels. There will be three reels in total packed full of prize amounts, all you need to do is hit the stop button. Once you do, each of the three reels will come to a stop and whatever prize amount that lands on, the centre of reel 1, 2 and 3 will now be yours to claim. Not quite as exciting as a bonus spins round, but in some ways more profitable as you are guaranteed a win.

Ok, so overall Dolphin Quest is a very basic slot with only one feature and even that has been stripped back. But, we found this adds to its charm in more ways than one. The graphics are fun, the music relaxing, and the game doesn’t take a lot of brain power to play. On top of that you have the guaranteed win from the feature itself. Normally with a feature like that you only get the prize in the centre of the reels. But with Dolphin Quest you get the amount on the centre of each reel and that more than makes up for the lack of bonus spins in our eyes. Wins in the main game happen fairly regularly as well, meaning you aren’t just sat twiddling your thumbs and digging away at that balance.