Power Gems is a gemstone themed slot unlike others you may have seen before. SC Digital have created a simple but fun game for players, that has a very interesting twist in its bonus spins round. It has a futuristic, space age theme in its design and is very appealing to watch and listen too. But, it’s all about the gameplay and the wins for you, we know, so read on to find out how much fun Power Gems will bring into your break times! 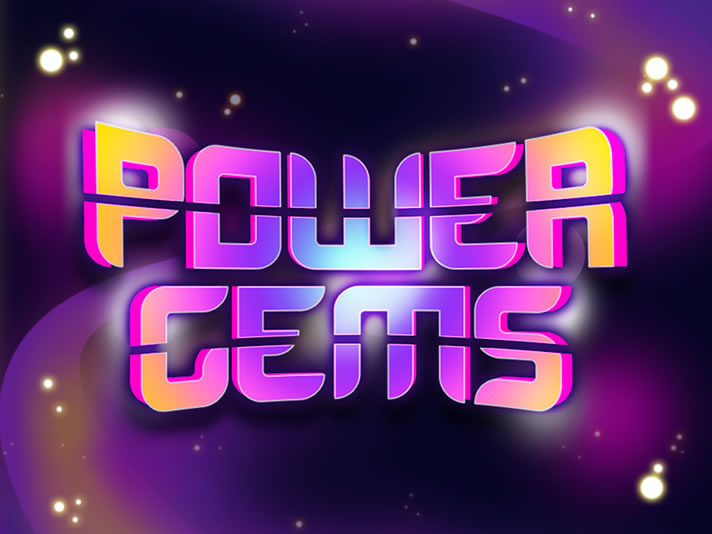 Play Power Gems on any of these top casino sites;

Power Gems is a 5-reel, 10 fixed pay line slot offering a lower than usual RTP of 95.02%. Considering the lack of pay lines and the cost per spins we were expecting a higher RTP, but we aren’t defeated yet! All the symbols are some variation of gem stones and the Power Gems logo. These symbols range in colour from the highest paid gem stone which is the blue and gold star shapes, to the lowest which is the amber coloured gems. Your reels are spinning against a transparent background that moves and undulates through a range of colours too. Alongside this is a very calming musical backing track, which we found to be quite enjoyable whilst in play.

Bet Amounts – Betting on Power Gems begins at 20p per spin and can be increased to an immense £500 per spin! Amend your bet amount by hitting the plus or minus on the stake selector to the left of the reels. Be warned that in this game even if you have a higher stake, it does not mean you’ll enjoy more frequent wins. We found that wins occurred as often whether you bet higher or lower. Also, the higher bet amounts will need you to have a sustainable balance for gameplay, as you will find out below.

Wild Symbol – The word wild against a multi coloured background is of course your Power Gems wild symbol. It will substitute for all other symbols except the win spins scatter and it offers a prize of x5 your stake amount for landing x3 symbols in a winning combination.

Win Spins Scatter Symbol – As the reels spin you will notice on reels 1 and 5 that a symbol is split in half across the two reels. One half stating the word win on reel 1 and the other half stating the word spins on reel 5. The aim is to land the win and spin symbols anywhere on reels 1 and 5 to trigger the bonus feature. If you only land one half of the two the feature will not trigger, so keep those fingers crossed as this is one interesting feature. 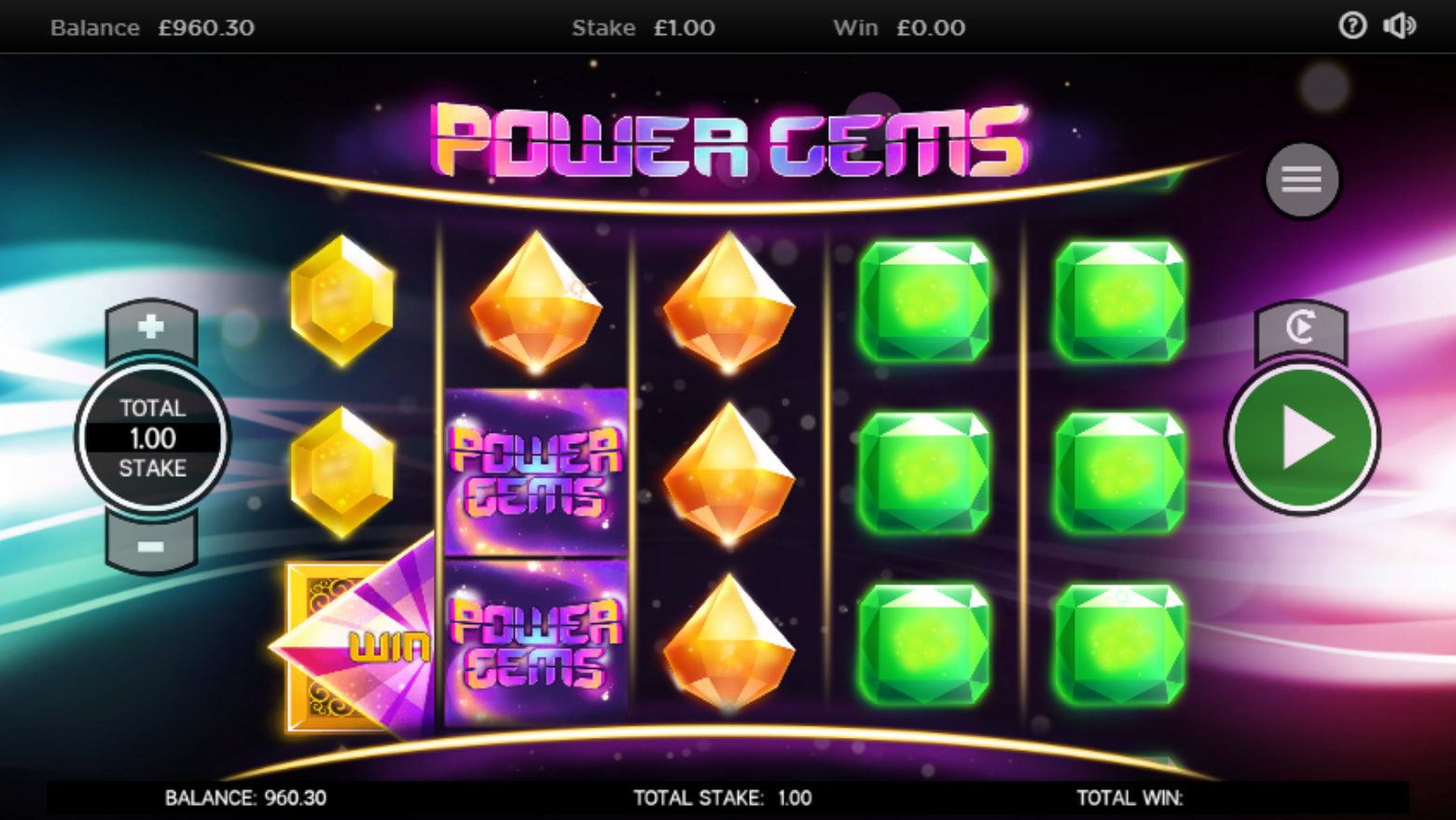 Wild Modifier Features – During the main game your wilds not only offer the option of completing win combinations and giving you a prize of x5 your stake, if you land three in a win. Oh no they offer something much more, in the form of some special modifiers. These modifiers will not occur every time a wild lands on the reels. They will trigger at random and any one of the modifiers listed below will be activated.

Once your modifier has been allocated, you will be offered one single respin of the reels with that modifier in place. This doesn’t include the bonus trigger as once this lands, you will go straight into the Win Spins feature instead.

Win Spins Feature – Now this is where it gets interesting, if the modifiers weren’t enough for you then this certainly will. How does 10 guaranteed wins sound to you, 20 if the bonus trigger has been activated as well? Land yourself the two halves of the win spin symbols anywhere on reels 1 and 5 to trigger the feature. Inside the feature Power Gems offers players unlimited spins until 10 wins have been claimed! Not only that but on each losing spin the prize multiplier will increase x1 and will reset once a win has been made. When all 10-win spins have been claimed you will be returned to the main game. If, however you have triggered the bonus trigger modifier, this means you will have 20-win spins to claim! Inside the feature there are no wild modifiers in place, but you do still have the wild symbols here helping complete those winning combinations. You can also retrigger the spins feature by landing the win spins symbols again on reels 1 and 5, and this will add a further 10-win spins to your tally.

Well, despite the lower than average RTP for games of this nature, we think that SC Digital have more than made up for it with Power Gems. That Win Spins Feature is amazing, at least 10 guaranteed prize wins and that can be increased due to the modifiers in the base game and the option to retrigger too! Talking about wins, base game wins are usually at the smaller end of the pay table, but they do occur much more often than you would think with an RTP of this nature. Triggering the bonus feature is a little tougher, but those guaranteed wins are the reason why. That being said we played for about half an hour and triggered the bonus twice, so it can be done. Power Gems is a fun game, slower paced than others but once that bonus hits, it really picks up and gets exciting. Definitely a great lunchtime choice or for those dull bus journeys home.