When you hear the word Samurai you think of danger, excitement and that is just what Playtech want you to think about with Silent Samurai. Now, Boku Slots have played many of these types of games and we hold the genre to a high standard. So, will Playtechs offering please us, only time will tell. 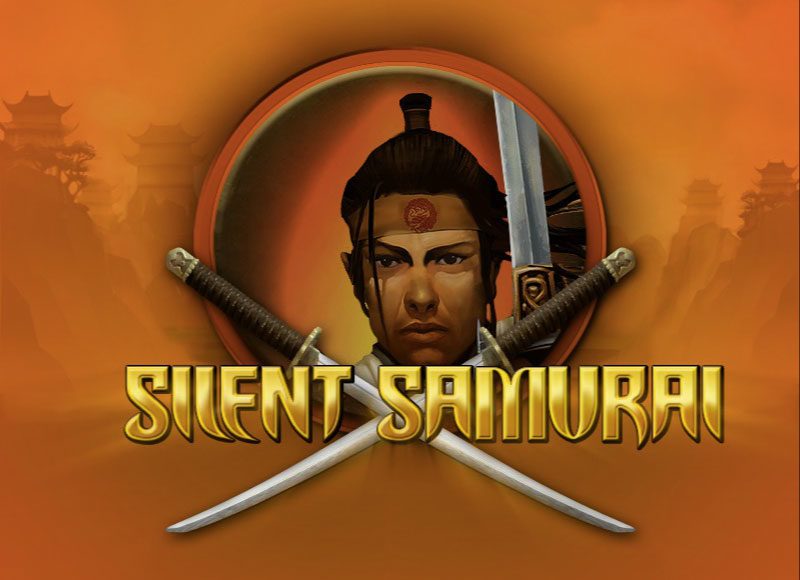 Play Silent Samurai on any of these top casino sites;

Silent Samurai is a 5-reel, 9 pay line slot offering an RTP of 95.7%, to those who dare enter the temple and fight their way to the treasure inside. A stunning background of temples and mountains in a red sunset sits behind the reels, which themselves look like they are set within golden temple gates. All the symbols have been given an oriental edge including the lower card numbers and symbols such as a gold dragon, geisha and lucky coin too.

Bet Amounts – Betting begins at 9p with all lines in play and can be increased to £9 per spin, making Silent Samurai one of Playtechs more affordable games. You can of course adjust both the coin amount you want to play with and the lines in play too. But with such a low RTP and the fact there is only 9 pay lines to begin with, playing all 9 will increase your winning chances than playing with less.

Wild Symbol – Dragons play a huge part in oriental culture and in Silent Samurai the golden dragon head is your wild symbol. It will substitute for all other symbols except the scatter and bonus, and it is your highest paying symbol too. Land 5 of the dragon wilds on an active pay line and you will receive a 5000 coin win. 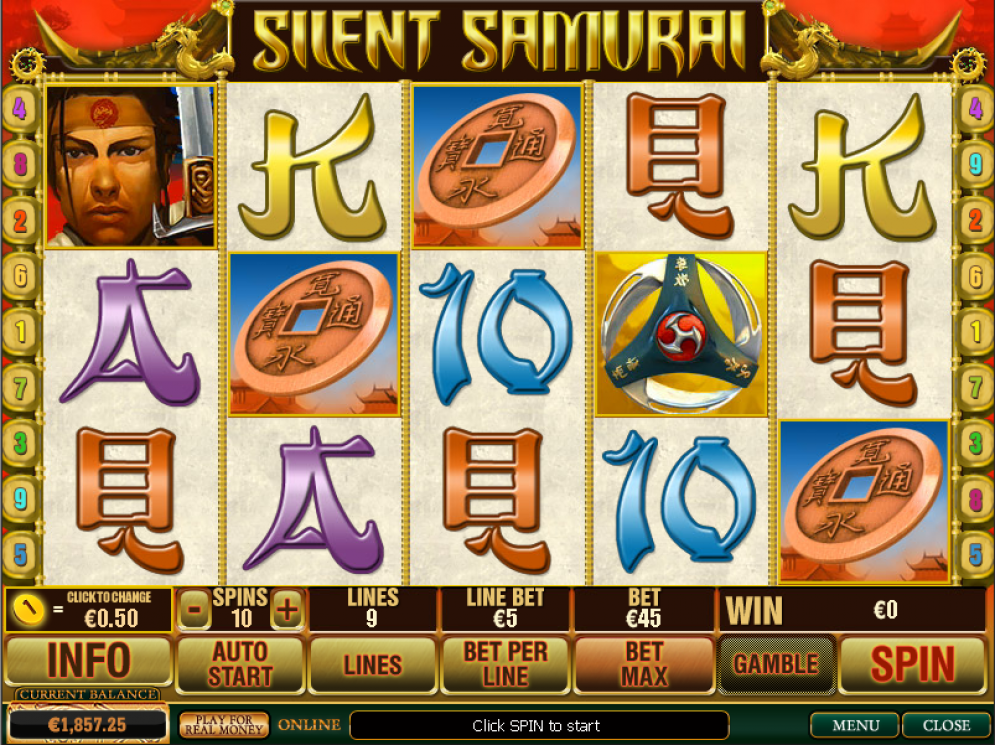 Scatter Symbol – Another huge symbol of the orient is the geisha girl and she is your scatter symbol in Silent Samurai. She doesn’t set off any bonus features but does provide scatter wins on top of your line wins. The joy of the geisha scatter is she doesn’t need to appear on an active pay line to gain the win.

Bonus Symbol – The silent samurai himself is your bonus symbol and will trigger the bonus spins feature, if you land him anywhere on reels 1 and 5. He doesn’t come with a separate win amount so your only benefit from him is to trigger the bonus.

Samurai Bonus Feature – Once you manage to land the Samurai on reels 1 and 5 you will enter the bonus game and receive a 5x multiplier for the line win they form part of. To play the bonus game you are taken to a new screen and presented with ninjas to hit. Each ninja will have either prize multipliers or bonus spins behind them and one will hold x3 extra ninjas! Any bonus spins you reveal will be accumulated and when you unearth the evil ninja, your bonus spins will then begin. Any multipliers you accrued will also now take effect on any wins made during the spins.

Silent Samurai actually surprised us during gameplay, because at first we were a bit underwhelmed by the appearance of the game itself. But once the reels began to spin and the wins came quick, we soon changed our mind. Due to the low betting amounts the wins weren’t massively high each time, but because they came more often that was forgiven. The bonus game was interesting and adding the pick a ninja before the spins began, made for a bit of excitement too.