If you love all things space, alien and slime then this next slot is for you. NetEnt are eager to introduce to you their alien themed slot named Space Wars, complete with atmospheric pounding music too. 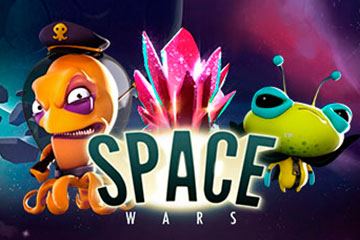 Play Space Wars on any of these top casino sites;

Space Wars is a 5-reel, 40 pay line slot that offers an out of this world RTP of 96.80%! It doesn’t have a bonus spins round much to the dismay of many players. However, it does offer a respin feature which we will explain below.

The reels are transparent and appear to be floating out in deep space, with lots of quirky and odd-looking aliens as the symbols. Each of the symbols is an alien of some sort, except the highest paying symbol which is a pink crystal, which it would appear all the aliens want to get their hands on.

Bet Amounts – Betting begins at just 40p per spin and can be increased up to a maximum of £200 per spin. This may seem a bit pricey especially considering there is no main feature as such, but with bets starting as low as 40p there is a wide scope for all pockets. Change your bet amount by adjusting either the coin level, the coin value or both until you are happy. Make sure you double check your stake amount, because once you hit spin you can’t turn back. 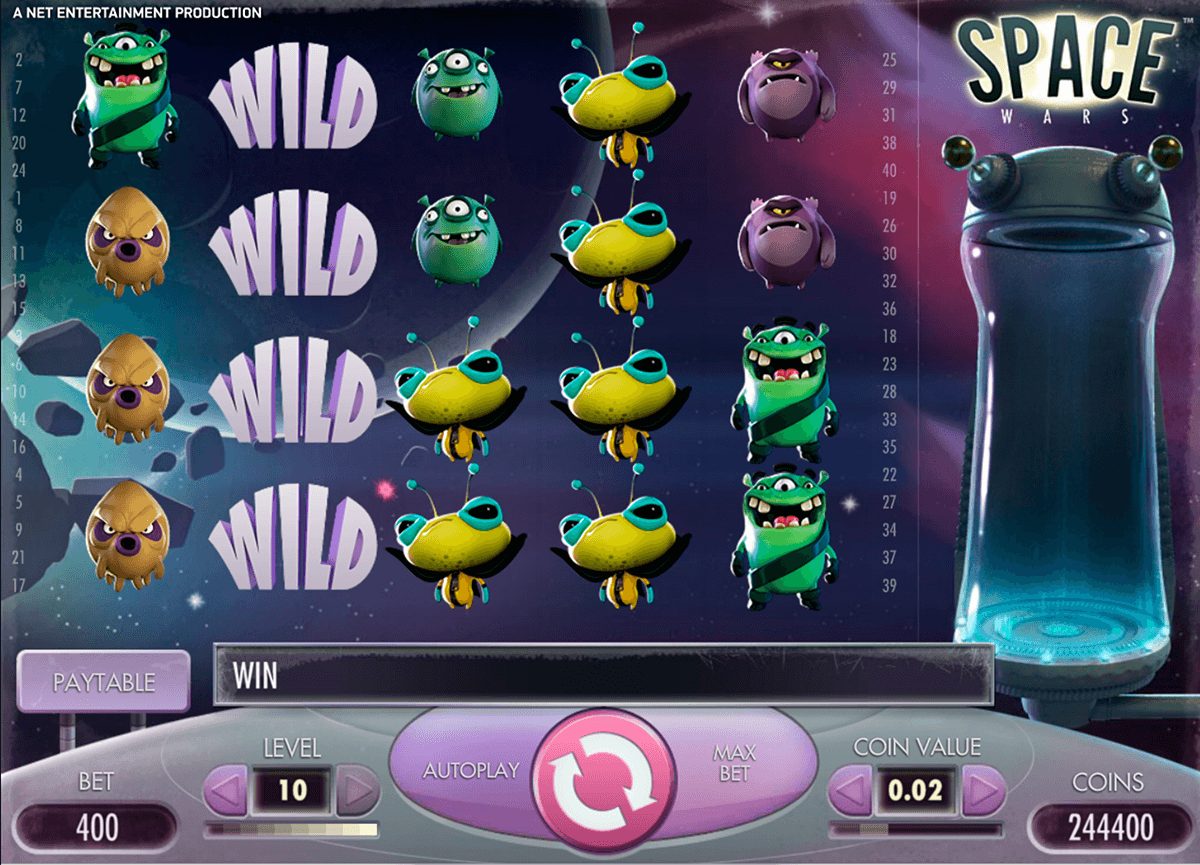 Wild Symbol – Despite there being no main features there is still a wild symbol in Space Wars. It is depicted by the word ‘wild’ and will substitute for all other symbols in the game. It will however, only appear on reels 2 and 4.

Cloning Chamber – We know we said there are no features as such, but the cloning chamber that stands to the right of the reels is important. You will notice that on a winning spin it will fill up with the aliens in that combination. This is pivotal to the game as it leads us into the actual only feature in the whole game.

Winning Respins Feature – After each winning spin you will be allocated a single respin of the reels. But first one of the alien symbols forming the win will be sucked into the cloning chamber at the side of the reels. That alien is then cloned at random inside the chamber and the newly cloned aliens will be spun around and then thrown onto the reels as they spin. Any new aliens will be placed at random back onto the reels, but hopefully in a way that will create bigger potential wins as they land. If you win again on the respin you do not get issued with a further spin, your win is just calculated and added to your balance as your normal spins then resume.

Space Wars doesn’t have extensive game play, long winded features or even a story line as such. We still loved playing though, because it was fast paced, fun and the wins happened so often we forgot all about the missing extras. The animations that go on when the aliens are part of winning combinations are cute to watch as well. If a quick 5-minute game is on your mind, then Space Wars is a must for your list. Unfortunately for us the only negative we could find was the fact that the highest paying symbol, the pink crystal, was hard to land as a winning combination. But other than that Space Wars has won us over and we are sure it will win you over too.