We are off to Ancient Rome for our next slot game. This theme provides huge inspiration to many slot developers and Inspired Gaming is one such team. Centurion is a game centred around the foot soldiers of the Roman Army, so join them on their journey and if you do well the Emperor will richly reward you! If games with lots of features are your thing, then you are going to love Centurion. 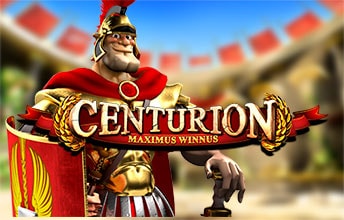 Play Centurion on any of these top casino sites;

Centurion is a 5-reel, 20 fixed pay line slot offering players an RTP of just 95%. The reels have quite a regal look to them as they are set inside a Roman temple, with red carpet draped across the steps. There is a countryside scene in the background which offers an almost relaxing feel to the lay out. In stark contrast is the music playing along which is quite dramatic and adrenalin inducing, as if its from a battle scene in a movie!

High paying symbols are depicted by the Centurion game logo, a chariot and horses, a coliseum, a shield and swords, a roman helmet and some roman coins. There are only three lower value symbols which are the K, Q and the J from the card deck.

Bet Amounts – Betting begins at 20p per spin and can be increased up to £250 per spin. It’s very easy to amend the bet as there are no other items to change, other than the actual bet per spin. You will see arrows to the right of the bet amount, which you can use to adjust up or down to amend the bet.

Wild Symbol – A gold wreath on a red background is your wild symbol in Centurion. It will substitute for all other symbols except the scatter.

Scatter Symbol – Your scatter symbol is the Centurion surrounded by a red and gold frame. Land three or more to trigger the bonus feature. 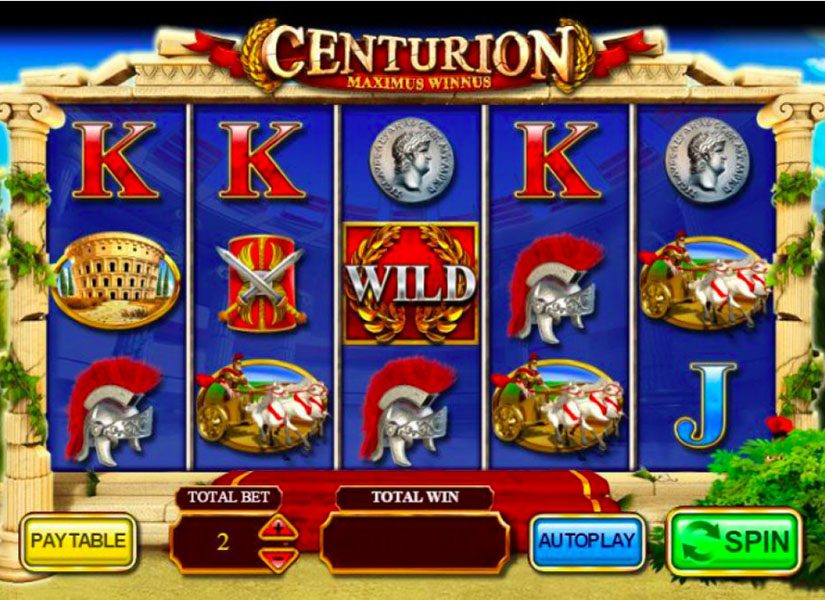 Reel Modifier Feature – At any point in the base game you will see the Centurion appear from behind the bushes blowing his trumpet. He will award at random any one of the four following reel modifiers, giving you better chances of bigger wins.

Centurion Games Feature – Landing three of the scatter symbols triggers the bonus feature for you. There is now the chance for you to play one of four games. First you will be taken to a new screen with a single reel on it. When you hit spin the reel will turn and eventually come to a stop on one of the four games available.

Well we warned you that Inspired Gaming had a lot to throw at you with this one. Centurion has not one but two great features that are quite in-depth when you read about them. But, once the game is going and you see them playing out, they become a lot easier to get your head around. Combine these features with some brilliant graphics and plenty of wins in both the main game and the bonus features, and you have a firm favourite in your hands.