Hansel and Gretel are well known for beating the odds and defeating the witch. But did you know that they also love to help people win a few quid here and there? NetEnt adds another fairy tale legend to its library and lends their unique take on the story. Fairytale Legends: Hansel and Gretel is a great slot comprising of fun graphics and fantastical features for all. 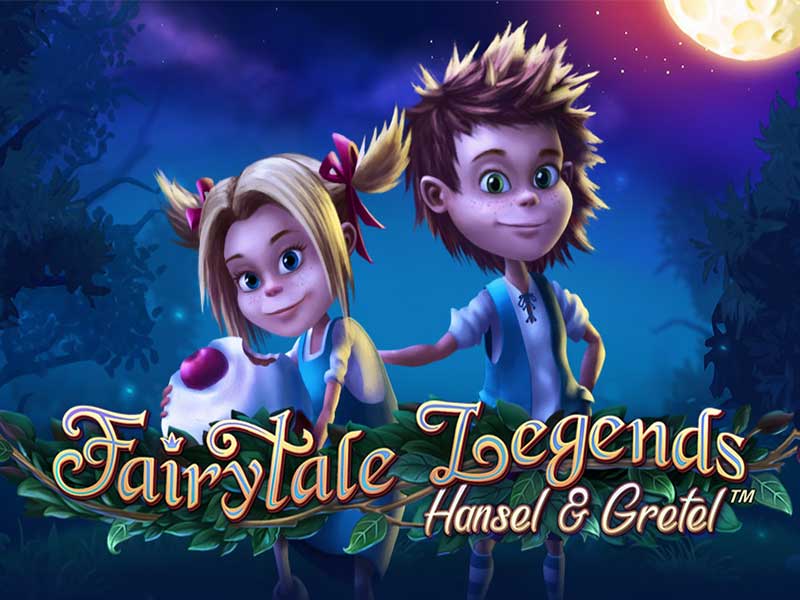 Play Fairytale Legends: Hansel and Gretel on any of these top casino sites;

Fairytale Legends: Hansel and Gretel is a 5-reel, 20 fixed pay line slot that offers an RTP of 96.71%. It is set out as if you are taking a stroll through the woods with both Hansel and Gretel, who walk on either side of the screen. Your reels spin transparently against the night time forest background and on each spin Hansel and Gretel take a little stroll and the scenery behind it moves too. Symbols are slightly different in this game with higher value symbols being the games logo, Hansel and Gretel. Lower value symbols are brightly coloured shapes such as a red circle, yellow diamond, green triangle and a blue square.

Bet Amounts – Betting on Fairytale Legends: Hansel and Gretel begins at just 10p per spin and can be increased up to £200 per spin. Change your bet amount by adjusting the bet level and coin value, which can be found on either side of the spin button.

Wild Symbol – In Fairytale Legends: Hansel and Gretel your wild symbol is a pathway edged in gold flowers. It can appear as a single symbol on any reel but will appear stacked on reels 2 and 4 only. It will substitute for all other symbols except the scatter.

Scatter Symbol – A red treasure chest is your scatter symbol and landing 3 of these on reels 1, 3 and 5 will trigger the bonus feature for you. 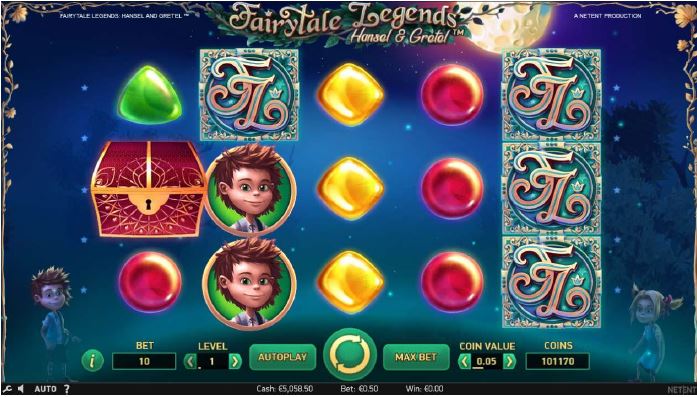 Fairy Bonus Feature – Every so often you may notice a fairy flies across the reels and hovers in one corner, sprinkling fairy dust and triggering a feature. One of the following three features may be activated when you see the fairy appear.

Treasure Chest Feature – To trigger the treasure chest feature on Fairytale Legends: Hansel and Gretel, you need to have landed a chest symbol on reels 1, 3 and 5. You will now be given the pick of three different treasure chests and each one has a feature game inside.

So, there we have it, tricks and treats galore in Fairytale Legends: Hansel and Gretel. So much going on but we have covered all the bases, so you shouldn’t get too lost in the woods. This game is bundled together with awesome graphics and jam packed with features; as per usual NetEnt have done it again.

We found there were lots of main game wins, usually on the lower end of the scale. Our only advice with the bonus games is for the candy house, as you may be tempted to select just one candy and take that multiplier. In our experience it always works out better to take the average of the three, because when we opted for the single multiplier it was always a lower one. That’s not to say it will always work out that way, it’s just how it worked out for us.