Jackpot games are great fun and always a huge draw to many a slot fan, including us here at Boku Slots. When we saw that Playtech had created this next game we just had to give it a go, so without further ado lets hit the stone age and play Jackpot Giant. 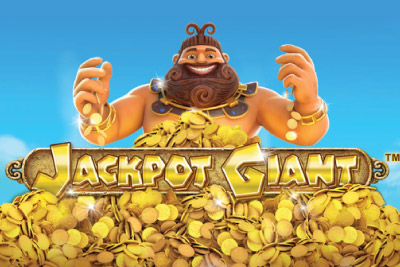 Play Jackpot Giant on any of these top casino sites;

Jackpot Giant is a 5-reel, 50 fixed pay line slot that offers a prehistoric RTP of just 94.22%, its enough to make you want to leave it in the stone age isn’t it? Those transparent reels spin across a stunning scenery that looks just like a scene from the flintstones. Symbols stem from card values carved from rock, the Jackpot Giant himself, handfuls of coins and more, all beautifully animated making the game fun and bright.

Bet Amounts – Betting begins at 50p per spin and can be increased to just £4 per spin! That’s right £4 per spin for 50 pay lines, but be warned, the only way to win the jackpot is to spin at the max amount. Any less and if you did activate the jackpot you won’t win. That being said £4 per spin isn’t going to break the bank, so it is defiantly worth it should you trigger it.

Wild Symbol – A golden tablet with the word wild is of course your wild symbol in Jackpot Giant. It will substitute for all other symbols except the bonus or the scatter. As well as being the wild it is also your ticket to the jackpot amount. 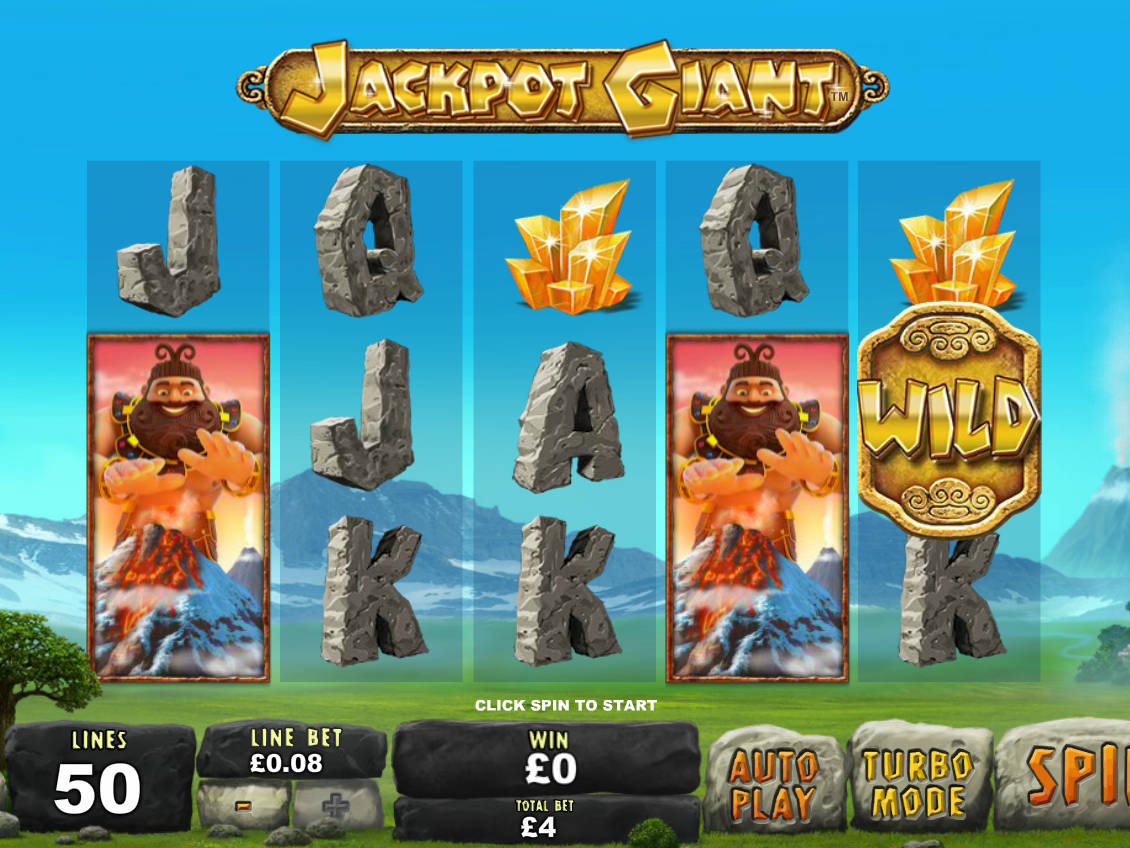 Scatter Symbol – The giants hand full of gold coins is your scatter symbol and landing three or more on a winning line, will award a scatter win as well as the line wins.

Bonus Symbol – Your bonus symbol is a volcano with the word bonus carved in stone and landing one of these on both reels one and five will trigger the feature.

Giant Bonus Feature – Upon landing a volcano bonus symbol on reels one and five, you will activate the giant bonus feature. Here you will see the Jackpot Giant standing behind 6 volcanoes, you simply need to pick three. On each pick the giant will flick a gold coin into the volcano to reveal your prize. They include coin wins, extra picks and if you are lucky a note saying win it all, meaning you win all the prizes within the volcanoes.

Jackpot Giant is a fun and engaging slot game that will be appreciated by all types of players. Main game wins come fast and often, although sometimes on the lower end of the value scale; but often enough to justify that. The giant bonus took a little longer to trigger while the game was in play. But once active it was highly profitable and just a little bit of fun, considering it was a simple pick em game. We did think that the coin flicking into the volcano was a nice twist. All things considered this is a progressive jackpot game and you are playing at a max of £4 per spin, and we think that is more than deserving of our appreciation.