If you loved the old arcade games such as Mario, then this next slot is going to be right up your street. Reel Rush 2 comes fresh from the NetEnt library of games and is super colourful and packed full of extras. It’s time to start spinning those cartoon reels and collecting some stars, to see what riches they will bring. 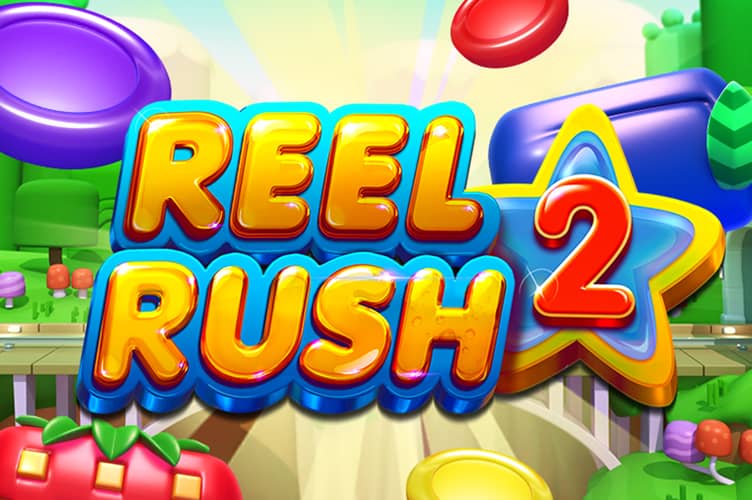 Play Reel Rush 2 on any of these top casino sites;

Reel Rush 2 is a 5-reel slot that begins with 45 pay lines and expands up to 3125 pay lines as the game advances. It has a variable RTP of 95.53%, but that will increase to 96.58% as the pay lines increase. As you enter the game the first thing you notice is the video game style layout and design. There are lush green hills in the background and the reels hover above a railroad track entering a tunnel. Symbols are a mix of fruit and coin style icons which have been given a video game style makeover. Higher paying symbols are square fruits starting with the strawberry, peach, orange, watermelon, grape and blueberry. Lower paying symbols on Reel Rush 2 are the coin style icons in red, orange, yellow, green and purple. Even the soundtrack is almost reminiscent of the old console games, with lots of fun sounds and noises added in.

Bet Amounts – Betting on Reel Rush 2 begins at 20p per spin and can be increased up to £40 per spin. To amend your bet, use the plus and minus symbols found on both the coin level and the coin value. These are found on either side of the spin button. Once you have adjusted your bet to the one you wish to play with, you just hit spin to resume your game.

Wild Symbol – Your wild symbol in Reel Rush 2 is a gold square with a star and the word wild written across the star. The wild symbol can only land on reels 2, 3, 4 and 5, but when it lands it will substitute for all other symbols within the game.

Scatter Symbols – There is no scatter symbol in Reel Rush 2 but worry not, as there are plenty of other symbols in play here to help you bag some wins. Read on below to find out about the random reel features and just what each one does.

Random Reel Features – At the bottom of the screen beneath the reels, you will see a trio of rail carts come from the tunnel on every spin. Sometimes it will have symbols on one or more of the cart spaces and each symbol brings its own little surprise.

There are three spaces on the cart below the reels and you can have 1, 2 or 3 of those spaces filled with any of these feature symbols. The symbols can work in conjunction with each other and alone, meaning landing more than one brings better win potential.

Main game Respin Feature – Every time you land a winning combination in the main game, you will be awarded with a single respin. If you land another win on that respin, the process will repeat up to a maximum of x5 respins in consecutive order. On each respin made in consecutive order blue blocks will be removed from the reels and the pay lines will be increased. 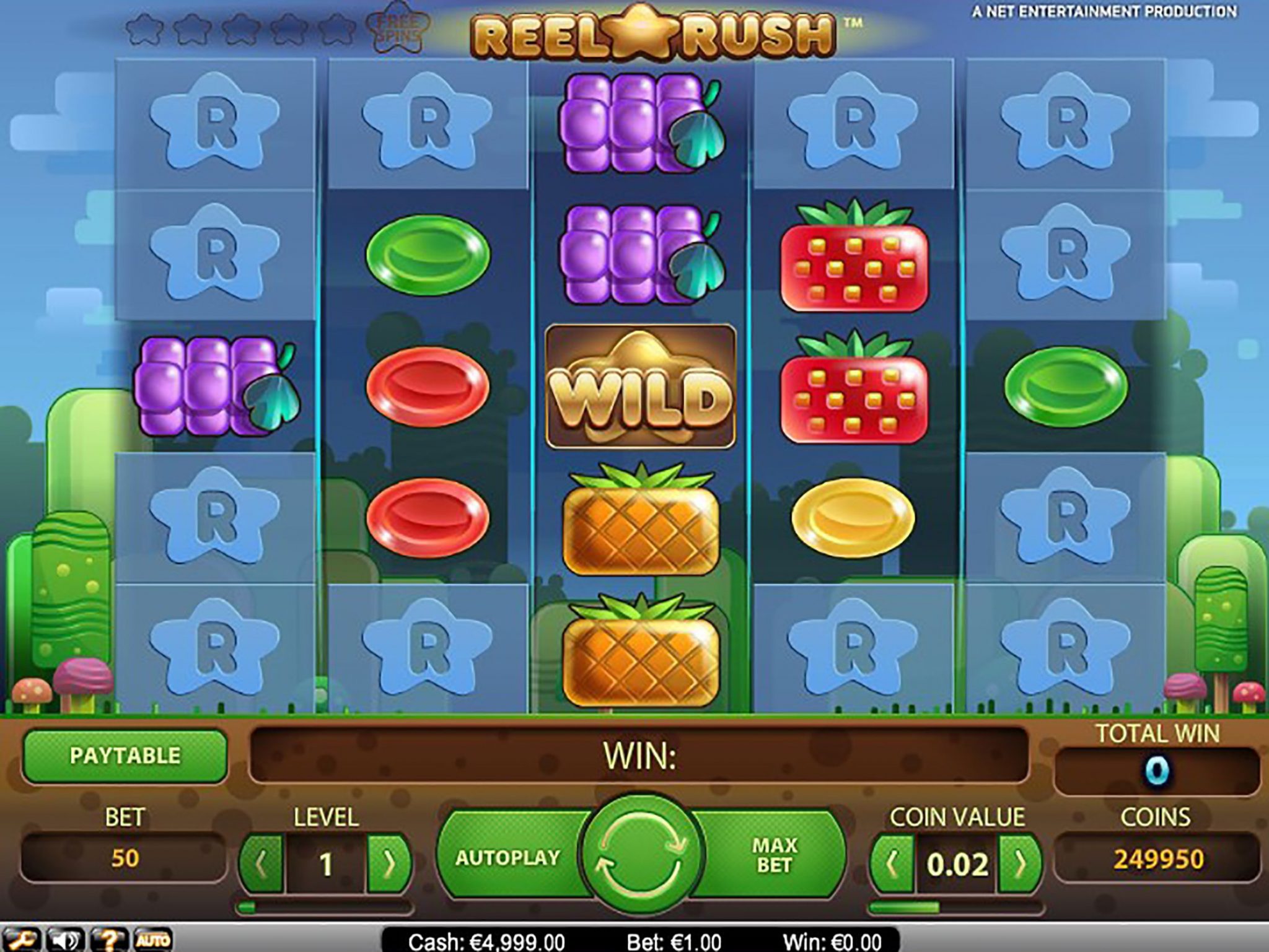 Bonus Spins Feature – There are three ways to enter the bonus spins feature on Reel Rush 2, which is explained below.

To enter the super spins, you will need to either gamble or buy your way in. You can choose to buy extra tokens and you do this by clicking the buy super tokens button at the bottom of the meter. It will give you three options of token amounts you can purchase and a set fee for each one. This will change depending on how many tokens you have already accrued and how many are needed. But at the end of the day it means spending extra cash to get those tokens that you will accrue over game play anyway. Alternatively, you can choose to gamble, you will see a large blue circle with a portion of it turned gold to represent the amount of tokens you already have, choose gamble and the gold portion will spin around. If it lands on the arrow you win the super spins, if not you enter the normal spins instead. So, either way you are getting yourself a bonus spins feature. This is the better of the two options as you aren’t spending extra cash to enter the bonus spins!

Reel Rush 2 seems to have a lot going on, but once you enter the game and begin to play it all becomes much clearer. The mass of extras and different ways to enter the bonus spins gives the game a little bit more of an edge and certainly adds to the enjoyment factor. Main game wins are slow at first, but once the random features start kicking in then they become a bit more regular. Don’t be dependent upon the random features on Reel Rush 2, as the rail carts below the reels often turn up empty. But in some cases, you do get all three spaces filled so it is worth the wait. The ability to use your collected super tokens to buy into both the standard and super bonus spins is a nice touch and one that we chose to use instead of the gamble feature. However, it can take time to build that meter to capacity, so be aware by deciding to use the tokens it means some extensive gameplay and the balance to sustain it.