It is winter all year round in this next game, and lurking in the cold climate are animals and characters you wouldn’t normally meet. But, Barcrest has joined forces with SG Digital to brave those icy wastelands and bring you the Snow Leopard. It may be cold outside, but these reels are about to get hot as there is not only a base game, but also the legendary Big Bet game to choose from. 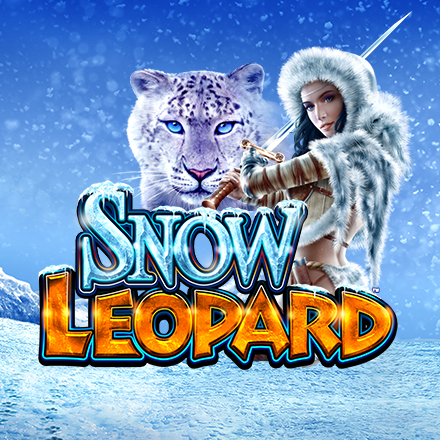 Play Snow Leopard on any of these top casino sites;

Snow Leopard is a 6-reel, 40 fixed pay line slot that offers an icy RTP that varies from 94% to 97.75%. Your reels are set against a wintery backdrop that just brings chills to the bones, and there is a very unwelcoming sound track playing along which we advise to switch off. Mainly because it distracts greatly from the gameplay and Snow Leopard is much more enjoyable without it. Symbols range from the Snow Leopard and the wintry huntress, a brown leopard, a squirrel and a rabbit in your higher paying icons. Lower paying are all your card denominations topped with snow and include the A, K, Q, J, 10 and 9.

Bet Amounts – Betting on Snow Leopard begins at 10p per spin in the main game and can be increased up to a whopping £500 per spin if you wish! To amend your stake, you will see the box to the right of the spin button with a plus and minus sign either side. Adjust your bet with these buttons until you reach your desired stake, easy as pie isn’t it?

Wild Symbol – The Snow leopards face is the wild symbol and will substitute for all other symbols except the scatter. It is also the joint highest paying symbol along with the huntress. Winnings range from a x60 coin win up to the maximum of x3000 coin wins for landing x6 wilds in a combination.

Scatter Symbols – A paw print is your scatter symbol on Snow Leopard and landing 3 or more of these will trigger the bonus feature. In the bonus feature you can be awarded between 8 and 50 spins in the base game and up to 100 spins if in the Big Bet games. 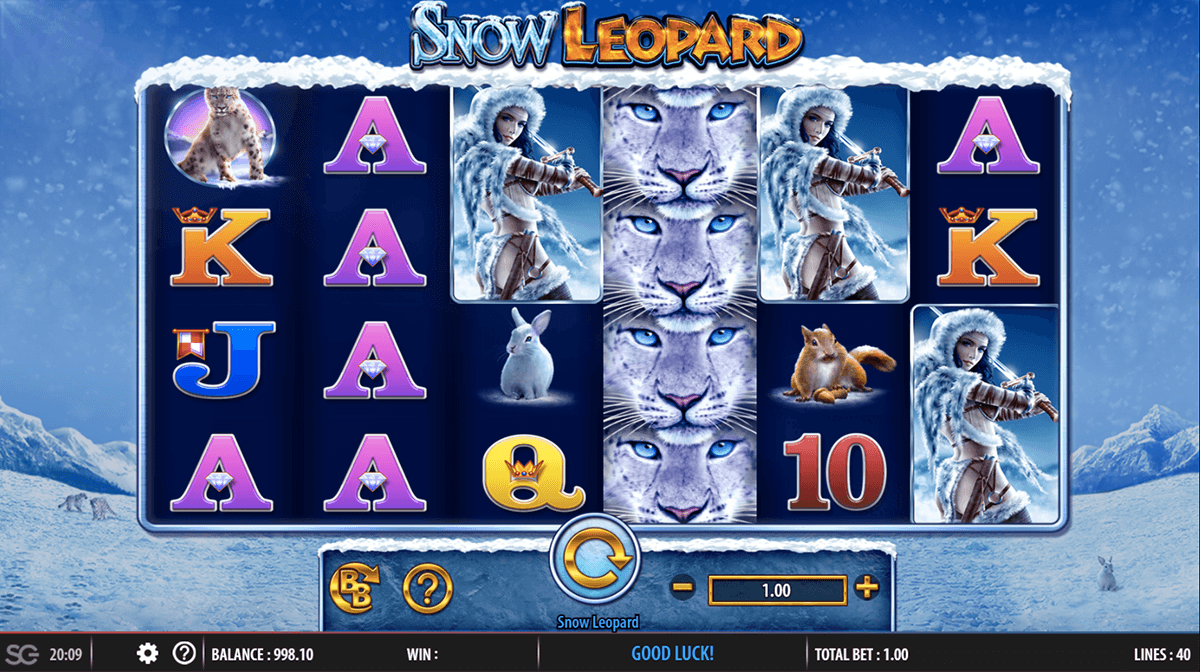 Big Bet Feature – This is a feature you may recognise as some games have a similar thing. Big Bet feature allows a player to spend a little extra on your stake for a few added benefits. With Snow Leopard one of those benefits is to have a double set of reels, no matter which big bet option you choose.

You must first decide which big bet game to play:

You then have to choose your big bet stake amount and each one brings with it a set of extra’s as shown here:

Wherever the wild reel landed upon triggering the bonus spins it will now remain for the rest of the feature. More wilds can be landed during the round meaning the spins can be very rewarding. Bonus spins can be retriggered from within the spins also.

Snow Leopard is an interesting game there is no doubt about that. It can be difficult to get your head around all the different extras, but once you get there it is easy enough to follow. We really love the addition of the Big Bet feature as it increases that variable RTP up to the 97.75% and we like those kind of odds. Wins come fairly regular across the board and the bonus spins were easy to trigger which was great fun for all.